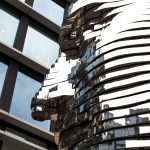 A while ago I wrote a piece for the eminent artist-duo Lundahl & Seitl´s project Unknown cloud. It is called Beyond the satin curtains – as structures enter structures and was published in Tagesspiegel. This is blogpost is a comment on the article and why it was written.
Read the English version here.
Or the German version here.

When people use language in a way that indicates that they might share a common set of ideas or a common set of thoughts, we might want to consider using the term discourse. It is a tricky term however and I´m glad to see research exploring indicators, other than language, of the discoursive description.

In social sciences the main focus of course has been to explore and to explain why these systems arise. In some disciplines, structures, presumably relevant to giving rise to systems, are being theorized. This is the dull pragmatistic way of describing people and in historiography it is combined with the ”agent´s perspective” to avoid determinism.

The argument in the article is that in essence, we are moving systematically regardless of our efforts to break free. (One might want to use the concept  Anticipation for-the-Future (AfF) in contrast to Anticipation for-emergence (AfE) to explore this further.) By trying to break free, we become the breaking-out:ers, who unwillingly or not, share some features that can be  derived from certain structures; By trying to be free-thinking individuals, we might have to act a certain way, as a counter-action or reaction to other systems or identified structures (like norms or taboos).

Art is a peculiar thing, since the intentions of it and even it´s content can be hidden or impossible to understand rationally. Art has become the arena of turning things upside down, with the up and the down not quite defined. The intricic value of being blown away by something completely unexpected or even inconceivable surely is one of the reasons why people take an interest in the arts? It brings about a liberating sensation, as does other ways of trying to break away from systems. This is my working hypothesis.

Critical thinking has some subtle connecting points to this whole matter, since one key-feature in scientific thinking has to do with uncertainty, reflective thinking and questioning. In one way we become less rigid in our thinking when we are open to being wrong, which is not the same as being doubtful for the sake of being doubtful (as found in some skeptical approaches flourishing in the popular scientific discourse). Or perhaps the critical thinking (the idea) is a result of, or a label for, the process of oscillation and alternation between many variables and perspectives.

The article highlights that the addiction of sensations could include the sensation of breaking free. In this manner the liberation is really captivation. Some phenomena in society are being idealized and placed above other phenomena by the mere fact that we use the scale ”brainwashed – free thining” in western society, to judge how democratic or even good, something is. A liberated woman is better than one who is not. A free thinking individual is a modern type. Norm criticism is better than norms because it is a sign of liberation (and liberating for the individual and the whole society). These are western ideals.

My point is this: outcomes and properties of thinking and acting can be similar to those we define as free thinking, without having anything to do with freedom. We spend an awful lot of time praising ourselves for living free in western society. Perhaps we should spend more time investigating structures and rather primitive functions, that make us crave the sensation of liberation.

For more info about the Unknown cloud, which can be found at Accelerator at Stockholm university in September:
acceleratorsu.art